The Sheriffs Quick Takes of the Week

This past week of sports has reminded us why we devote so much time and money into it. We saw history made before our very eyes. After this busy week in sports, here’s my quick takes on the top news of the week. 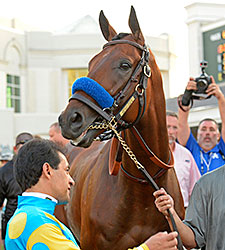 American Pharoah won the Triple Crown and was the first horse to do so since Affirmed in 1978. I’m not into horse racing and I find it farfetched to think that your average sports fan really cares about horse racing. Gamblers care about horse racing, and if you like gambling this was kind of a wash out for you for the big three races this year. American Pharoah came into the Kentucky derby at 13-5, which isn’t very risky odds and from there on out he remained the heavy favorite, so for the gamblers looking to make a quick buck it was kind of a throw away year. Congratulations to the group behind American Pharoah; they put together a very historic run together, but don’t expect me to care about it.

Pro Football Focus has Mathis ranked at a Hall of Fame level ever since 2011. (Photo by Jim McIsaac/Getty Images)

Evan Mathis was released by the Philadelphia Eagles this week.  Mathis came into the spring looking for a new contract and now he’s looking for a new job. When it comes to business, the NFL is one of the most ruthless industries I’ve ever seen. You could sign a contract for 3 years $62 million and never see a cent of that money, all because a team could decide not to honor their side of the contract because they need a place kicker for kick offs. A Pro bowler, in his prime is nonetheless, is now on the open market right before training camp starts; I can’t imagine his agent’s phone is turned off. There are three teams that I could see him landing with: The Raiders: cap space and looking to make waves with the young pieces they have. The Jaguars: a ton of cap space and need an anchor on a team looking to keep a young quarterback healthy and comfortable. The Buccaneers:  They just drafted a brand new quarterback in Jameis Winston and have been missing a key guard since they spent all that money on Carl Nicks (5 year, $ 47.5 million) and then he never turned out to be what he could have been. Evan Mathis is going to get paid, and I have a feeling that somewhere down the line this is all going to come back and bite Chip Kelly eventually. How long can a team just ship out their best talent and expect to have better results? How can you release your best guard when you just added a quarterback that has never played a full season due to injury (Sam Bradford) and a running back who gets hurt every year except last (DeMarco Murray)? #PrayForChipKelly

The series is tied up at 2-2. Golden State is definitely struggling to find themselves amongst the jitters of the NBA Finals. Cleveland, on the other hand, is fielding a team of backups alongside the best player in the world, LeBron James. LeBron James is playing at an absolutely insane level right now that I would put up against any Finals performance ever. He has a team full of backups tied at 2-2 against the best team in the league.  The downside of playing with a bunch of players that have ridden the pine all year long is that they will get fatigued faster than your normal starters. The other night, after Game 3, Matthew Dellavedova was treated at a Cleveland hospital for dehydration and with him being the back bone of this teams Finals run it’s a big blow to the Cavs that he’s not playing at his highest level.  I had the prediction of Golden State in 5, Cleveland surprised me a bit but after their 21 point lost in game 4 I feel like they are exposed and are weak. Golden State in 6.

The series is tilted in Chicago’s favor 3-2. The injury that is affecting Ben Bishop is a big deal to a team that has looked to goaltending as a saving grace in some situations this postseason. Every game has been close and this is definitely this best possible series that the NHL has to offer. At the beginning of the series I had Chicago in 6 and since that looks to be extremely likely with them up a game with the series headed back to the United Center, I’m going to stick with it, even though this series is a lot more evenly matched than I thought it’d be.

The A-Rod Record Tracker is live this week with him recording his 2,000th RBI. There was some chatter this week about him playing well enough to be an All-star which would be an absolute shame. It’s one thing that the MLB still let this cheater play, it would be even worse if they put him in the spotlight over someone who isn’t a cheater. The biggest heel in all of sports who is hated by his own team the New York Yankees, is just basking in the hate the same way Ric Flair would in a WWE ring. 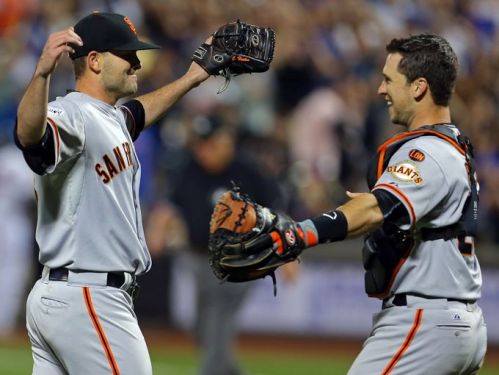 June 9th the MLB had its first no hitter of the year. Chris Heston, the 27 year old rookie making his 13th career start for the San Francisco Giants, threw his first career no-hitter versus the New York Mets. There must be something in the water over in San Francisco because that now makes for the 4th no-hitter in the past 4 years (Lincecum 2x, Cain 1) for the team. Either that or it’s Buster Posey who has caught 3 of those no hitter to add to his already astonishing and decorated career. Big ups to Chris Heston as he did something that I hang really high up there as far as accomplishments go, he made a whole team of players  who are paid to hit a ball, not hit a ball.

David Ortiz hit his 474th home run on Saturday moving him into sole possession of 31st place on the all-time list; even after being benched for a brief period this past week. Who’s your Papi?

What was your favorite moment of the week? Let me know in the comments section.

One response to “The Sheriffs Quick Takes of the Week”