So far, we’ve seen the United States come out on top of Group D, knock off Colombia in the Round of 16, and Friday evening, defeat China 1-0 in the quarterfinals to find themselves headed to Montreal for the semifinals against Germany. Germany, the No. 1 seed The USWNT have not allowed a goal in 423 minutes, which is quite the achievement. Still, there is so much left to be desired about their World Cup performance thus far. Join me as I go in depth to analyze the USWNT’s troubles this WWC.

USWNT head coach Jill Ellis has come under some heavy criticism with the selection of her 2015 WWC roster, as well as lineup and formation choices. Thus far in the World Cup, we’ve seen an ever-changing Starting XI, interesting substitutions, and an overall underwhelming performance by the United States. What is the issue? 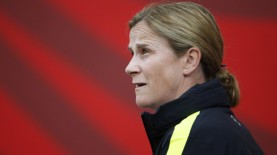 Well, to start, Jill Ellis has left her roster devoid of any true holding center midfielders. The USWNT has been playing a 4-4-2, with Carli Lloyd and Lauren Holiday in the center mid. The issue is, however, that neither of these two are holding midfielders. Both of them are incredibly skilled, but have not been utilized correctly. Carli Lloyd loves to get forward, attack and create. She is a true attacking center midfielder. Lauren Holiday is best suited as a natural second striker. Both are at their best getting into the final third and looking to shoot or slot someone through. They are risk takers.

Obviously, in a two-player midfield, this is a problem. As a defensive center midfielder by nature, this has been the most obviously issue for me. There is no one to sit in the gap, keep possession, cut off passes, stick tackles, slow down counter attacks. When the USWNT gets forward and attacks, and eventually turns the ball over, their opponent has a virtually open center midfield to exploit. There needs to be someone in the center who is happy to just keep the ball, rather than take it themselves and try to score. There needs to be someone who creates a bit of magic with their passing, their patience, their presence.

The best coaches I’ve learned from have told me, a defensive center middie, that games are won and lost in the midfield. You have to win your respective 1v1 matchups. You have to contest in the air, get the ball down, pass, switch the point of attack, get forward on offense, collapse when you turn the ball over. It’s a position that demands so much on the ball as well as off of it, which is why I was always drawn to it. Your best center midfielders want to be a part of the play; they want the ball at their feet. They want to be involved, by nature, which is why they find themselves surrounded by action 100% of the game.

Now, Lauren Holiday and Carli Lloyd are individually extremely talented. The real issue is that they either need to choose one and throw a holding midfielder in there, or change their formation to a 3-player midfield. This deep into the World Cup, a formation change could be disastrous. Jill Ellis has made her bed with her 4-4-2, and now she must lay in it. (Although I’d love to see a formation change, don’t get me wrong!)

Last night against China, both Lauren Holiday and Megan Rapinoe found themselves on the bench due to yellow card accumulation. With not many options in her roster, and literally no true holding midfielders on the roster at all, Morgan Brian, the 22-year-old attacking midfielder from Virginia, found herself in the Starting XI for the USWNT in Holiday’s place. Again, an attacking midfielder, but Morgan Brian knew her role. She knew she had to sit in the center and give Carli Lloyd the freedom to roam. Carli Lloyd joked that the decision on who was going to hold more and who was going to get forward more was due to seniority, but there’s truth in that, as Lloyd is the experienced veteran. Clearly, getting her forward paid off, as Carli Lloyd scored the game-winner and only goal of the match to advance the United States past China.

Watching the game last night, I thought Morgan Brian excelled in her role. Nothing she did was standout, but it was vital to the United States’ success against China. Obviously, when looking at the USWNT’s future, we need to see Morgan Brian get into an attacking CM’s role, not a holding CM. But for now, I’ll take it. There are no real options for Jill Ellis on her roster this World Cup, as her only true holding center midfielder is Shannon Boxx, who is 37 years old now.

The real question is: how will this midfield fair against No. 1 Germany on Tuesday evening? I’m sure we will see Jill Ellis bring Lauren Holiday back into the central midfield with Carli Lloyd, but these two need to play smarter. There needs to be less turnovers from the midfield. Germany is an incredibly complete team, and unlike the other opponents the USWNT has faced, can and will punish you for mistakes.

Another issue I’ve seen with the USWNT’s play is their impatience. Throughout this World Cup, they’ve gotten frustrated and resorted to pumping long balls into the box, praying for a flick from Abby Wambach’s head through to a fast paced Alex Morgan. It’s not working.

Mana Iwabuchi of the Japanese national team celebrates with her teammates after beating Australia 1-0 to advance to the semifinals.

To be honest, the rest of the world has evolved. Countries all over the world have spent time and money on developing their women’s programs, which we’ve seen the fruits of this World Cup. For a long time, the United States got by on athleticism. Bigger, better, faster, stronger. Now, the rest of the world has developed technically, a tiki-taka style of play. The best example of this transition left in the World Cup is Japan, the reigning champs. They are small in stature, so they must play a smarter style of soccer. They work the ball around, remain patient, wait for the gaps to open naturally through ball movement, and then… they attack those gaps. It’s a beautiful display of soccer, that Barcelona-esque passing, patience and composure. It’s an encouraging development in the game of women’s soccer.

As for the United States, there’s no denying the individual talent on this team. When you look at the Starting XI, at the depth on the bench, it’s astonishing that there hasn’t been a better output on the pitch. It has to be better. Jill Ellis knows it, the players know it, and the rest of the world knows it.

When you’re looking at the 4-4-2, it’s just not the style suited to play direct, as the USWNT have been. You should be in more of a 4-3-3 for that, and allow your outside forwards to have the flanks. Right now, in their current 4-4-2, wide players like Tobin Heath and Megan Rapinoe are getting the ball just too far back in the midfield. They aren’t receiving the ball in dangerous parts of the field. They are reduced to just keeping possession, not attacking. Both of these players are incredibly technical on the ball. They can dribble at players, get into the final third and whip crosses in. We’re not seeing this, though, because they’re just too withdrawn in this formation. For the United States to succeed, these two need to be able to get forward, utilize their pace and create.

The inconsistency with the complementary forward to Alex Morgan in the 4-4-2 is another concern for the USWNT. Abby Wambach has been hot and cold, and there’s no denying that age has taken its toll on her. Sydney Leroux, who typically comes on later in the game to bring some toughness, has seen nothing but the pine as of late. Amy Rodriguez earned her first start of the tournament at forward against China (No doubt that pace was in the mind of Jill Ellis on that choice). Playing with only two forwards, there’s (obviously) only room for one of these options to play alongside Alex Morgan. What Jill Ellis decides to do against Germany on Tuesday up front will be extremely interesting. Each of these forwards brings a different dynamic to the attack, while Alex Morgan remains one of the most, if not the most, complete striker in the women’s game.

While Germany is a high-scoring, dangerous team, their back line lacks pace. We may see Amy Rodriguez get another nod here in the Starting XI if Jill Ellis decides to go with speed up top between her and Alex Morgan. If she wants to get in behind right away, that would be the likely decision, in my book. I wouldn’t be surprised, though, to see Abby Wambach start, in the hopes that she will physically and mentally wear down the German back line. There’s also something to be said for her presence on the field. You can’t play a team with Abby Wambach on it, regardless of her age or hit-or-miss play lately, and not always have her in the back of your mind.

Julie Johnston of the United States’ back line showing her strength in the air against Colombia. (Photo: Eric Schlegel/USA TODAY Sports)

Moving on, this American back line has just been solid. They have been the bright spot for the United States. They’re consistent, physical, composed and most importantly for a back four, organized. The best of them, for me, has been Julie Johnston. She’s young, tenacious and great in the air. I’ve loved to see her get forward when she can and be dangerous on set pieces.

Going into Tuesday, the United States needs to build off everything they’ve learned to this point in the tournament. They’ll need to be organized and smarter with their possession. They will need to keep the ball and lessen the turnovers in the midfield, as this German side is too good offensively. On the attacking side, they will need to keep the ball and not get impatient. They can’t settle for lumping the ball in the box and praying someone gets a touch. They have to utilize their outside players in Heath and Rapinoe by getting them forward into space. They need to get Alex Morgan the ball in dangerous areas. The midfield has to balance supporting the attack with defending well, and how they perform, in my opinion, will make or break the United States. Carli Lloyd needs to have a standout performance. All in all, one thing is for certain: this is going to be one hell of a battle.

Here’s to hoping the United States put the pieces together. No. 1 vs. No. 2 matchups never disappoint. Tune in on Tuesday, June 30 to see the semifinal match between the United States and Germany in Montreal on FOX at 7 p.m. EST. #SheBelieves 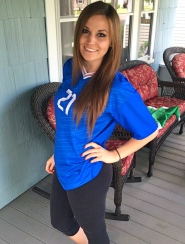