Every day that passes in the Seahawks negotiation with Russell Wilson Seattle fans get a little more concerned. Now the question remains, which side is going to give in first? HardFoulSports.com’s Jim Bearor examines the situation.

The longer a negotiation goes on, the less likely it is to be successful. Coming to terms takes time though, and when the issue being negotiated is a long term contract for a franchise quarterback, what the Seattle Seahawks and Russell Wilson have been going through seems almost reasonable. But as far as anyone can tell, there is still a clear divide between the two parties.

According to Wilson’s camp, the deal breaker is guaranteed money.  Paul Allen and the Seahawks aren’t willing to change the way they do business, even for a player as talented and valuable as Russell Wilson.  Wilson is still under contract and set to make $1.5 million this year. He has said more than once that he’ll be on the field regardless of how his contract negotiation goes. However, after this
year, something is going to have to give.

There are a few possibilities here: The Seahawks refuse to bend and Wilson leaves after this year, the Seahawks bend and give Wilson the deal he wants (a long-term guaranteed deal), or they meet in the middle and Wilson ends up with a prove-it contract. I think the most likely scenario is the one where Seattle bites the bullet and overpays Wilson to lock up their franchise quarterback for the foreseeable future.  This may not occur until next year, when Wilson’s contract is up and the Seahawks have another full season to make up their minds, but I think the deal gets done.

It’s probably going to get done because this is how it goes in the NFL. You don’t let a potential franchise quarterback walk away if you can help it, especially if you’re fresh off of back-to-back Super Bowl appearances. The most common approach to building a team in the NFL is to get the quarterback, then get the rest of the pieces afterwards. As with anything, there are exceptions, but most of the teams that have been successful over the past decade or so have followed a similar path (Peyton’s Broncos, Peyton’s Colts, Luck’s Colts, Rodgers’ Packers, etc.).

The Seahawks of 2013-14 weren’t like recent Super Bowl champions that were overly reliant on their franchise quarterback; Wilson was too inexperienced to really take the team over. The 2006-07 Steelers and the 2001-02 Patriots also come to mind here.  Wilson, Brady, and Roethlisberger all were kind of the new guy who falls onto a team that is championship ready and is told not to screw it all up. Remember Mark Sanchez on those Jets teams? These QBs were supposed to be the long term answer for their team, but the talent was already there – especially on defense – and they didn’t need much more than a game manager under center for them to succeed in the short term. In the cases of Roethlisberger and Brady, it worked out. In Sanchez’s, not so much.

As the young quarterback matures, the team culture changes. It’s not always predictable, but it always does something to a team when someone comes out of college and steps into the role of the alpha male on a team of established veterans. Stirring the pot is imminent. There’s also the financial aspect, where a team can’t afford to keep all the other playmakers while they’re paying top dollar for a QB. Eventually an ultimatum presents itself and a team is forced to either rebuild around their quarterback or let him go.

This is what’s going on with Russell Wilson. The Seahawks and their quarterback have a little bit of leeway here because Wilson is still under contract, and Michael Bennett, Kam Chancellor, Bruce Irving, and Bobby Wagner are all bargains under their current deals. This won’t be the situation for long, though. By the end of next year, one of these two parties will bend, or they’ll break it off. I don’t think Russ is going anywhere, but it’s certainly not a good thing that these talks have been going on for so long.

We almost always see the team choose to go the way of the quarterback, but for some reason, I’m not entirely confident that Paul Allen will overpay Wilson – and that’s what it will take.

In my opinion, Wilson is worthy of such a contract, but I also understand those that disagree. His passing stats to this point in his career don’t blow you away, but he’s reliable, he doesn’t turn the ball over (except on the most important play of the Super Bowl), and his football I.Q. is off the charts. From the time the ball is snapped to the end of the play, Wilson might be the smartest guy in the league. He’s also undersized, and although he’s uncannily good at avoiding the big hits, the injury risk argument against him has some validity.

It all comes down to how high the Seahawks think Russell Wilson’s ceiling is, and how confident they are that he can graduate from game manager to game breaker. Wilson is a fantastic player, and I think he’s going to have a great year – especially with Jimmy Graham at his disposal – but he’s not a traditional Super Bowl winning quarterback, and that’s a big part of the reason why the Seahawks aren’t so eager to commit long term with a record setting contract. 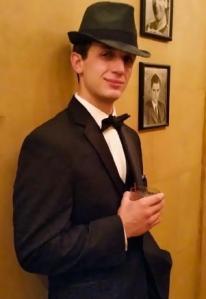