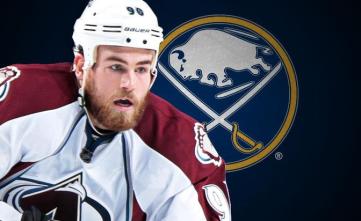 Due to make $6.2 million next season, freshly minted number one center Ryan O’Reilly is charged with impaired driving. (AM 980 London, Ontario)

It is rarely a good sign when a professional athlete is forced to delete his Twitter account due to intense fan scrutiny. Ryan O’Reilly had to do just that after adding to the poor behavior occurring inside of the Buffalo sports scene recently. Friday, July 10th, Buffalo fans woke up in anticipation for the development camp scrimmage set to occur in the First Niagara Center. Excitement continued to build for the approach of a brand new season that boasted newly acquired leadership and talent. The excitement that carried over on Monday slammed into a wall when damaging news broke regarding the Sabres newly signed number one center. Ontario native Ryan O’Reilly had been charged in Middlesex, Ontario, CA with impaired driving, care or control over 80 milligrams of alcohol (equivalent to blowing .08 in the States), and failure to remain at the scene of a crime. It’s safe to label O’Reilly’s Wednesday night as one that unraveled quickly.

Less than seven weeks ago the Sabres forward used Instagram to promote his newly acquired 1951 Chevrolet pickup truck. That picture probably now haunts O’Reilly, especially after signing a 7 year, $52.5 million deal with the Sabres on July 2nd. With big money comes big time scrutiny, and in this case he brought that scrutiny upon himself. A property collision occurred at a Tim Horton’s on Richmond Street in the small Ontario town. An employee prepping for a Thursday morning opening was naturally caffeinated when a loud noise sounded from the foundation of the donut shop. The dark silhouette of a vehicle began to hurriedly pull away from the scene. The employee, unable to identify the suspect dialed the OPP. Ontario police confirmed a suspect to have fled from the crime. The departing vehicle was then parked in a cul-de-sac and the suspect and an unidentified occupant transitioned their travel to foot. They made it approximately two miles from the parked vehicle before being apprehended on Main Street. The driver of the vehicle was transported to the Ontario Provincial Police Center and was breathalyzed at the location.

A stable timeline of the night does not currently exist. No reports officially list Ryan O’Reilly as the driver at the wheel during the occurrence of the crime. The stretch of time between the collision and the apprehension of the suspect can only be speculated upon. Could an hour or two play a sobering role between the time the incident occurred and the moment the suspect was breathalyzed?

General Manager of the Buffalo Sabres Tim Murray later commented on the situation:

“We are aware of the reports regarding the incident involving Ryan O’Reilly last week. We are currently in the process of gathering more information and will have no further comment until we have spoken with all parties involved.”

From the Sabres perspective it seems they have been digesting the situation for some time now. O’Reilly’s guilt continues to linger in the unknown. His court date is established for August 20th in a London Ontario court of law. This is the wise decision to make at the early stage of the investigation. Allow the league to make the first move in order to weigh the pending punishment that will come down the road. This is a dreadful position for O’Reilly to find himself in. Just months after reports boasted of his urge to take on a leadership role at the forefront of the young lineup, just days after inking that massive contract he brings shame to himself and to his new organization. I can’t imagine how disappointed owners Terry and Kim Pegula and the rest of the Sabres organization are.

One response to “O’Reilly in Trouble”