By Adam Bennett, @HFSCleveland
Yesterday’s Browns Recap: The Browns Are Building It Wrong

Ohio has produced some amazing football talent over the years. So that led us here at Hard Foul Sports to think … what if the Browns had first rights to any player born in the state of Ohio? What would the team look like today?

Here’s a positional breakdown of what the Browns starting lineup would look like if it featured current players from the best state in the land:

John Harbaugh hails from Toledo. Because of course. (Photo via USAToday)

Let’s start things off with a common theme – many of the people you’ll see on this list are really good players and play on teams that routinely beat the Browns. Go Browns.

One of the best quarterbacks in the modern NFL era of course was snatched up by the Steelers after playing high school and college ball in Ohio.

One of the most promising RBs in the game.  Again, plays for the Pittsburgh Steelers. Go Browns.

Much like the Browns’ current roster, this would be one of the weaker position groups. Many reliable options, but no real elite playmakers.

Kelce has been tearing it up with the Kansas City Chiefs, and Cumberland is a backup for the Jets. Let’s not talk about the Jets.

A solid group of linemen come from the Buckeye State. 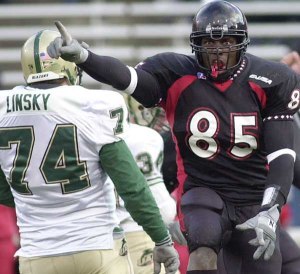 Another one of the weaker position groups, highlighted by Xenia’s Trent Cole.

Of course one of the best linebackers in the game is from Ohio, and of course he doesn’t play for the Browns. 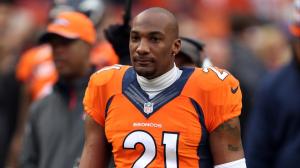 Aqib Talib was born and raised in Cleveland until leaving for Texas in high school. (SI Photo)

We could get by with this group, led by perennial All-Pro Aqib Talib.

Charles may wind up playing until he’s 60. Who knows. Until then, we’ll take him as our free safety.

Donte Whitner joins John Hughes as the only two Browns on the All-Ohio NFL team. 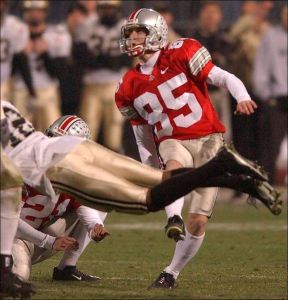 This team wouldn’t plan on kicking many field goals, but if it did, Mike Nugent is the guy to get the job done.

Huber is another local Cincinnati kid now playing for his hometown team.