Randomness Reigns: The Myth of Momentum

Aaron Rodgers’ miracle no-look Hail Mary seemed to turn the tide of the game in the Packers favor. 10 minutes later the Packers season was over. (Getty Images)

As the NFC Divisional playoff game between the Packers and Cardinals drew to a close, all hope seemed lost as the Pack faced a 4th and 20 down by 7 with less than two minutes to play. Two incredible throws later, including a ‘see it to believe it’ game tying Hail Mary by Aaron Rodgers to end regulation, and it appeared that Green Bay had seized all momentum. That was until Arizona marched down the field in 3 plays in overtime and scored a touchdown despite the apparent momentum swing that Green Bay carried from the Hail Mary. Perhaps Arizona was magically able to steal the momentum away again as OT started. Or perhaps the idea of Psychological Momentum in sports is just a myth that people perpetuate as a way to try to predict performance and outcomes for players and teams.

Applying an idea like momentum to sports is actually something that is extremely intuitive. Humans have a tendency to try and see things as a habit, and that includes success and winning in sports, the idea that winning is contagious, and the idea that the more you win the more likely you are to win again. It seems to stem from our natural tendency to try and detect patterns in randomness. And that’s exactly what sports are, random. Hail Mary passes, 70 yard passes to start overtime, and even incredibly long winning streaks are all a product of the same randomness. That isn’t to say that there isn’t predictability in randomness. Talent and the accruement of talent will obviously increase the chances of winning, and good players will always go on ‘hot streaks.’ But that’s a result of talent, not the idea that some magical force is driving the success of a player or team. And that is also shown when bad teams go on winning streaks, and good teams lose to teams that they should beat; the randomness is always there. 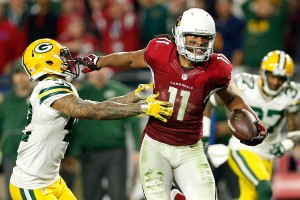 In 2012, three MIT students published a paper that they presented at the MIT Sloan Sports Analytics Conference that reviewed momentum in the NFL (you can review the paper here). The data they collected was from the 473,621 plays that took place in the NFL from 2000-2010. They looked at drives that were preceded by big defensive plays as compared to drives that started after a punt or kick off. They reviewed three important factors of each drive; 1. the results of the first play of each drive, 2. the results of the first set of down of each drive, and 3. the points scored on each drive. Although there were very slight differences among the data sets (things like field position could be a confounding variable) the use of a statistical test known as a Chi Square test showed ‘no significant association between big defensive plays and subsequent offensive performance.’ Although big defensive plays aren’t the only instances where an apparent momentum swing may take place, they are often attributed as plays that can have a significant boost to the performance of a team. However, not only do the stats show that isn’t the case, it also doesn’t make a ton of sense when you really think about it. To think that the idea of momentum can somehow be transferred from the defense to the offense that had nothing to do with the turnover really doesn’t make much sense.

Although the statistics show that there isn’t quantitative evidence that psychological momentum doesn’t exist in sports, it’s almost impossible to completely throw out the idea that there might be some sort of qualitative effect that momentum can have on a player’s confidence, which may or may not affect the way athletes perform. Although it might be impossible to quantify those type of intangible aspects of sports, there isn’t currently any data to support it. Despite that fact, players often report that they can feel like they are in a zone, or that opposing players just ‘have the hot hand’ at a given moment. Perhaps those are just excuses and humility, or perhaps there are some things that can’t be quantified. Although from an analytical aspect I prefer to believe that there is some sort of way to gauge on field performances, it is possible that from a qualitative standpoint players can benefit from momentum swings. But on a grand scale, the data just isn’t there to back that up.

This entry was posted in Miscellaneous and tagged cruzserrano, nfl, smart, sports, think. Bookmark the permalink.