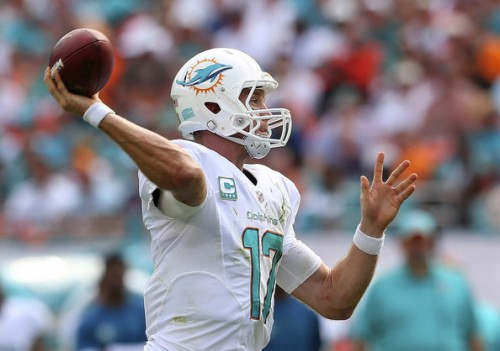 A more balanced attack has gotten Miami to the cusp of the postseason, but can they survive without Ryan Tannehill? (Getty Images)

The Dolphins secured an all-important win on Sunday, but they lost their starting quarterback, Ryan Tannehill, in the process.  This has been a tale of two seasons for the Dolphins, as they started 1-4 before reeling off a 7-1 stretch to get to 8-5.  The catalyst for this turnaround seems to be a resurrection of sorts for Tannehill, which will hereafter be referred to as the Tannerrection.  I wanted to take a deeper look at the Tannerrection, and try to figure out where the Dolphins can go from here.

All stats come courtesy of Pro-Football-Reference.com, unless otherwise noted.

This shows what Tannehill did prior to the Tannerrection.

For reference, these are his career averages prior to this season, along with his career bests.

These are Tannehill’s numbers during the Tannerrection.

What can we learn from these comparisons?  First, and most importantly, the Tannerrection directly corresponded with the Dolphins’ season turning around.  If we look at the tables, Tannehill had taken something of a step forward.  If we project the Tannerrection over an entire season, it would have stood for career bests in interceptions and yards per attempt, as well as coming one touchdown short of his best mark in touchdowns.  Most of this success can be attributed to the coaching of Adam Gase.

Gase has called for a much more balanced offense than Tannehill previously played in.  Across the first four years of his career, Tannehill averaged 562 passing attempts per season.  This season, Tannehill had thrown the ball 389 times prior to his injury, which projects to 478 attempts over 16 games.  By having Tannehill throw the ball 15% fewer times than he previously had, the Dolphins have been putting him in a much better position to succeed.  Last season, the Dolphins ran the ball 344 times, which was fewest in the NFL.  So far, in 2016, the Dolphins have run the ball 387 times, which ranks 25th in the NFL.  This may seem like a modest increase, but it is enough of a change in playcalling to have spurred a total offensive makeover.

The art of playcalling is more than just calling good plays; it is about when you call them, the sequence of play types, using different personnel to exploit mismatches, and several other components.  Adam Gase made a minor switch that has paid huge dividends for Miami this season.  By going from the team that ran the ball less often than any other team in football to a team that runs the ball less than the average team, both the Dolphins passing and rushing attacks have been rejuvenated.  The following tables compare this season’s Dolphins team to last season’s in the areas of rushing attempts, yardage, passing attempts, yardage and net yards per attempt.

The improved running game and playcalling has keyed improvements across the board on offense.  The emergence of Jay Ajayi has certainly played a part in this, but improved play on their offensive line has, as well.  Last season, the Dolphins’ offensive line was ranked 28th in the league in run blocking, per Football Outsiders.  This season, they are up to 19th.  Miami’s improved run game and play selection has allowed Ryan Tannehill to throw the ball less, and be much more effective when he does.

All of this has been a roundabout way of bringing us to the question of the week:  Are the Dolphins screwed now that their Tannerrection has met its premature end?  At the beginning of this column, I mentioned that Matt Moore was among the best backup quarterbacks in the league.  The last time we saw Moore start a game was back in 2011, and he was… not terrible.  He appeared in 13 games (starting 12) for the Dolphins that season, going 6-6 and passing for 2,497 yards, 16 touchdowns, 9 interceptions, and 7.2 yards per attempt.  Dolphins fans should take solace in the fact that the yards per attempt figure seems to be in line with the numbers of the Tannerrection, meaning that we may very well be about to witness a Moorrection.  Moore is a career 58.9% passer; Tannehill was completing 66.4% of his passes this season.  For this Moorrection to happen, Moore is going to need to connect on more of his throws.  I believe that Gase will be able to make this happen, given his proven insight in designing gameplans and schemes that put his quarterback in position to succeed.  If you want a few predictions for the rest of the Dolphins’ season, I would expect them to use a lot of short passes.  I would also expect Jarvis Landry to be heavily involved because Landry is the team’s nominal number one receiver, and the primary read on most the passing plays they call.  Landry also works out of the slot, which sets him up nicely with the short passes I believe Gase will be dialing up for Moore.

If the playoffs started today, the Dolphins would end up missing out as the seventh seed in the AFC.  However, there is reason for optimism.  Their next two games are against the Jets, who suck, and the Bills, who may be firing their coach on Monday.  If they can win those games, it will set them up for a Week 17 game against the Patriots that could see New England having nothing to play for and resting starters.  I believe that the Raiders, Chiefs, and Steelers will all make the playoffs (with Baltimore missing the division title and lacking the record for a Wild Card spot), so the sixth spot is going to come down to either the Dolphins or Broncos.  We already know that the Dolphins finish their season against the Jets, Bills and Patriots; the Broncos finish with the Patriots, Chiefs and Raiders.  I don’t think it’s rocket science to figure out who has the tougher finishing schedule.  Miami essentially controls its own destiny, as they are all but assured a Wild Card spot if they win out.  The key to their chances is going to be whether or not their newly-discovered balanced offense can bring about a Moorrection.

I felt like I was onto something with my comments and observations, but I can never be sure.  I am but a lowly internet sportswriter, and I admittedly do not know much about dolphins.  Luckily for me, I know someone who does.  At this point in the column, I feel that the most responsible decision I can make is to enlist the help of Eric Witmer, longtime friend of the program and dolphin expert.  What follows are the words of this amateur marine biologist, unedited.

Is a spraining your Tannerection an early symptom of QBED?

Want to know the best part of having a malfunctioning Tannerection? You get to get to dig deeper in the dirt with your fingers and such and handle the situation with a greater deal of tact, strategy, and patience, which can yield impressive results in the right situation. Other times it results in embarrassment and shame, and you just which your damn Tannerection would have stuck around just a little bit longer. Flush in the face and unsteady in your self-confidence, you have to pick yourself up by your jockstrap, take a drink, and do what you must to redeem yourself. Even if it means calling up your buddy Matt to sub in for you. One Tannerection not doing the trick? Just use Moore.

Coaching is awesome, Bill’s got that right. I don’t even know how many coaches I’ve watched plug up the dolphins blowholes with convoluted and occasionally cockamamie game plans. Google says it’s been 10 since 1991 (when I was born nine months to the day after Valentine’s Day). Remember the wildcat? Remember Tony freaking Sparano and Cam Cameron? Remember Trent Green and Cleo Lemon? I ‘member. I ‘member because those who don’t learn from the past are doomed to repeat it. I don’t hold my dolphins to a crazy high expectation every year, looking at you Buffalo fans, because I know what to expect. 8-8. That’s the bar. That’s the bar, and guess who just got eight wins and lost their Tannerection? Yeah, we did, blowhole plugged again, right? But….. *30 for 30 voiceover* what if I told you, this isn’t the bar setting pod of porpoises we usually see flailing through it’s expected performances? What if I told you, this pod will FINALLY JUMP OVER THAT BAR, and not thanks to our first-chair dolphin with a bum knee, or even the conductor, Mr. Gase. Sorry for the South Park, marine biology, and orchestral references, let’s get back to the phallic stuff, shall we?

Matt “Feed me” Moore is here to redeem Miami’s flaccid Tannerection problem, and it’s because there’s a bunch of great duded around him waiting to provide everyone with their money shots – yanno, when the guy shows why he deserves the big bags of  money. Our Tannerection just went from 12 to 6, but we’ve got the stuff to point us back in the right direction. RT17 didn’t kick a game winner in a monsoon (Franks > Carpenter y’all). He hasn’t been plowing through defenses like our buddy Jay.  Jarvis has been Jarvis, until everyone realized he was Jarvis and now he’s getting smothered quite a bit, but we also remembered how to run a football so Jarvis has slowed down a touch. Most importantly, our Tannerection is offensive, and that matters, but defense wins championships, people, and last I checked, 17 doesn’t play that side of the ball. Meaningful W’s come out of the fins putting the D in Dolphins, like those nauseating matchups with SEA and LA, to name just a pair. Tannerection might have gone soft on us early, but that doesn’t mean there’s nothing you can do instead.

Moorection is about to see what RT sees, and that’s a lot of pressure in his face, it could be even greater with teams smelling inexperience this season on Moore’s behalf. That should be fine, as it could free Jarvis up, along with Davante, downfield for some good eats on any prayers Matthew might heave up out of fear. Matt Moore has been studying in MIA as long as doctors go to school in this nation, and if we are to assume our doctors know what they are doing in their profession, we can apply the same logic to Moorection. I’m hopeful swallowing this pill, and hoping for a strong backup ‘rection will emerge out of nowhere and impress his audience. I know I’m looking forward to seeing that thing for myself, just I hope I can handle whatever comes out of it. 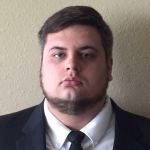 This entry was posted in billannechino, NFL. Bookmark the permalink.