This Week in Bill

News broke on Tuesday that the Mets had reached a deal to bring Yoenis Cespedes back.  The details of this contract are four years and $110 million.  The more mathematically-inclined readers will point out that this is an average of $27.5 million dollars per season.  If that sounds like a lot, it’s because it is:  This represents the second-highest annual average guarantee for a position player, ever.  So, the question on everyone’s mind is:  Is this a good deal?  Let’s find out.  END_OF_DOCUMENT_TOKEN_TO_BE_REPLACED

By the time you read this column, the MLB will have handed out its Rookie of the Year and Cy Young Awards, with the Most Valuable Player to follow.  As is always the case with awards, some people will think the committee nailed it, while others will take issue with some, or all, of the selections.  My goal here is to take an unbiased look at the candidates and winners, and try to figure out where the selection committee was right, and where they fell short.  All statistics for this column come courtesy of Fangraphs, unless otherwise noted.   END_OF_DOCUMENT_TOKEN_TO_BE_REPLACED 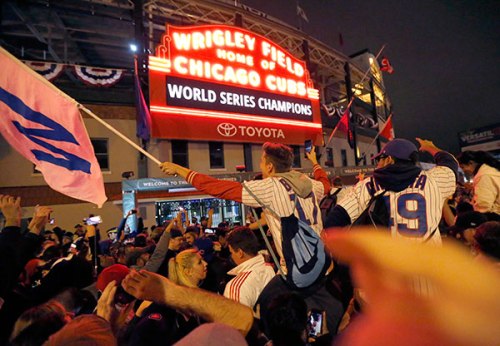 While you were dodging frozen pigs and escaping from a frozen hell, the impossible happened: the Cubs won the World Series.

If you want a quick recap of what’s happened in sports since my last column, there are really only three things you need to know:

The first thing is that the Thursday night game was yet another non-competitive game, this time by way of a Falcons blowout.  It has to be considered troubling for Tampa Bay that Jameis Winston’s development has largely plateaued.  This is only his second season in the league, so it’s possible for him to take a big step forward between this year and next year (think Derek Carr), but you have to think that the Buccaneers were expecting to be getting more out of their franchise quarterback by now.   END_OF_DOCUMENT_TOKEN_TO_BE_REPLACED 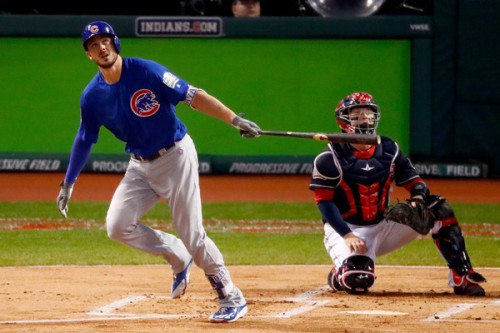 Yesterday, I predicted the Cubs would win Game 6, and go on to win the World Series in 7 games. So far, the first half of that prediction has come true. Both the Indians and the Cubs now stand 1 game away from their first World Series title in quite some time; perhaps you have heard this storyline? With the Cubs sending Kyle Hendricks to the mound to face off against Corey Kluber, this is probably the best match up that either fan base could have asked for. If you’re Cleveland, you have to feel good about Kluber’s chances, after he has already come out and dominated 2 starts in this World Series, not unlike Madison Bumgarner in 2014. Chicago, meanwhile, should feel good about Kyle Hendricks, who led the Majors in ERA this year. In a fascinating wrinkle, Cleveland’s home field advantage has been effectively neutralized by the presence of Kyle Schwarber, who is only hitting as a DH, due to his miraculously quick recovery from a torn ACL suffered at the beginning of this season. This game, to me, hinges on whether or not the Indians’ ace will be able to dominate like he has all Series, or if a combination of the Cubs seeing him a third time in 9 days and this being his second straight start on short rest proves to be too much for Kluber to overcome. In this article, I am going to compare Kluber’s first 2 World Series starts to see if we can gain any insight into what his third might look like, as well as look at Kyle Hendricks’ lone start to try to figure out what a winning game plan for him may look like, before making my pick for Game 7 and whether or not I will stick to my original prediction. END_OF_DOCUMENT_TOKEN_TO_BE_REPLACED 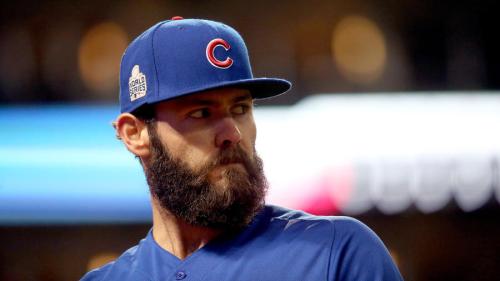 For better or worse, Game 6 will go the way of Jake Arrieta (credit: Brian Cassella/Chicago Tribune)

I have a friend who is a lifelong Cubs fan.  Before and during last night’s game 5, I told this friend that if the Cubs win, they are going to win the World Series.  At this point, the few people reading this column are probably asking themselves why I would think this, given that the Indians have had the Cubs’ number so far this series.  The answer to this question lies in the advantage I believe the Cubs will enjoy having Kyle Schwarber back in the lineup in the American League park as well as seeing Corey Kluber a third time in 9 days, but it starts with Game 6, and all eyes will be on Jake Arrieta, a pitcher who, since his arrival to the Cubs, has gone from a Quadruple-A type pitcher with the Orioles to a Cy Young winner.  The biggest part of his transformation has been, in my opinion, a sharp increase in the amount of ground balls that he is able to induce.  By looking at some of his pitching tendencies, I am going to outline a clear path for the Cubs to win Game 6 and induce the all-important Game 7.  END_OF_DOCUMENT_TOKEN_TO_BE_REPLACED

Sometimes it’s hard to fathom the amount of energy and passion fans dump into players, teams, and sports in general. I have laughed, cried, screamed and experienced everything in-between when watching games and matches. I have watched my favorite players go to other teams, fade into oblivion as time wore them down, and even retire on a high note, off to enjoy a lifetime with a little less spotlight. But I can honestly say that the emotions I have felt while being a sports fan has never quite struck the same chord as the news of Jose Fernandez’s passing.   END_OF_DOCUMENT_TOKEN_TO_BE_REPLACED

Mike Tolsma and I have decided to take turns previewing divisions, and I would like to thank him for his awesome format for doing so. Like Mike, I also value depth, but I will also try and look at things from an analytical standpoint as I am often prone to doing. END_OF_DOCUMENT_TOKEN_TO_BE_REPLACED

Episode 50 is here! For the first episode of our second year of Hard Foul Sports, Steve Stich,  Mike Tolsma and Evan Sally discussed:

If you have an Android device and don’t want to use SoundCloud there are several apps on the Play Store that our show is available on. We recommend Podcast and Radio Addict. END_OF_DOCUMENT_TOKEN_TO_BE_REPLACED 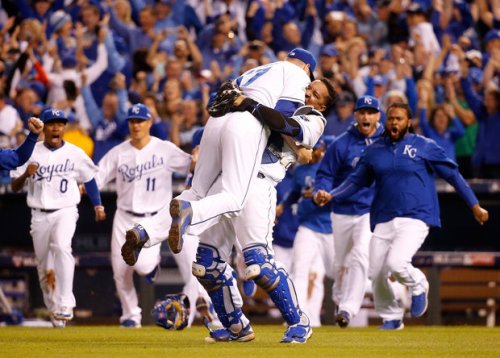 Kansas City, coming off their first title in 30 years, will look to repeat in 2016. (Getty Images)

Spring is finally here and boy could I not be happier. Over the course of the next couple of weeks I am going to hit you guys with my way to early MLB Division previews. Baseball is a long, sometimes too long – grind. April, all the way through October, has its peaks and valleys.

You will notice I will value depth – teams that can go to more than their active 25 man roster are typically the ones who can hang around into August and September. The dog days of May, June, and mid July are very, very real my friends.

First up! The AL Central.

END_OF_DOCUMENT_TOKEN_TO_BE_REPLACED

In a loaded pre-Christmas edition of the podcast Evan, Steve and guest co-host Cruz Serrano talk about Rex Ryan and Doug Whaley’s future, the biggest surprises from baseball’s hot stove and examine some of the teams that will be playing in the NBA Christmas Special, especially Golden State – Cleveland.

Merry Christmas from everyone at Hard Foul Sports.