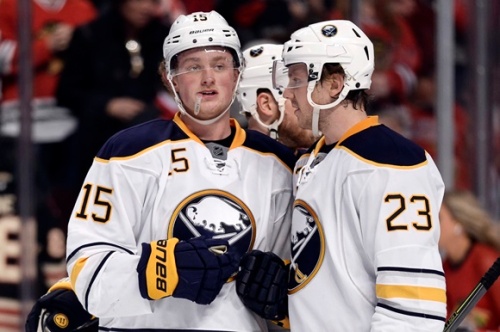 For the Sabres, it’s all about the kids. (Getty Images)

Mike Tolsma and Evan Sally start the show talking about the Sabres season. With only 5 games left what have we learned? Who has disappointed? And is Sam Reinhart a more important piece than Eichel?

Steve Stich then joined the show. The guys talked about how Syracuse was able to make it to the Final Four, how Buddy Hield’s game will translate to the NBA and pick their NCAA Champion. They then talked about D’Angelo Russell filming his teammate Nick Young and what the fallout will be for the Lakers, if LeBron’s social media antics will have any effect on the Cavs and if the Warriors pursuit of the wins record will effect them in the playoffs. 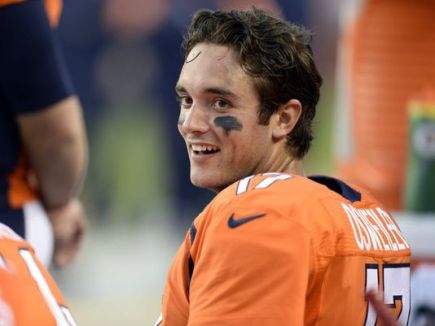 We had a show planned for you but then Brock Osweiler signed his eye popping deal with the Houston Texans, so that dominates the early portion of the show. Mike and Evan go on to discuss the Bills retaining some of their free agents and how they can improve next season without cap space. We wrap up the show talking about how well Eichel and Reinhart play together for the Sabres, and the tanking process in regards to the Leafs and Sabres.

END_OF_DOCUMENT_TOKEN_TO_BE_REPLACED

Better Days Are Coming for Buffalo 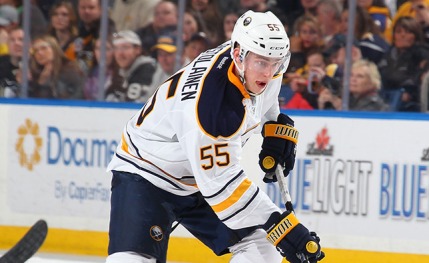 As a Buffalo Sabres fan for many years, you’ve come to realize that there’s been better days for the Sabres.  For the past few seasons we’ve looked more forward to the draft, trade deadline or off-season than we did with the actual season. But, right now we can all take a deep sigh of relief and say “The end  of the beginning is near Buffalo”.    END_OF_DOCUMENT_TOKEN_TO_BE_REPLACED 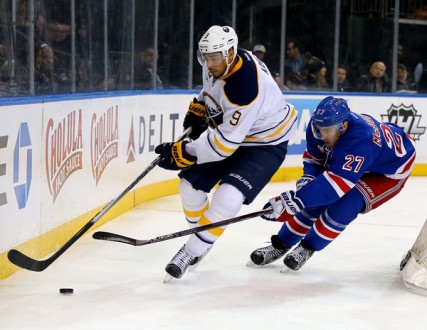 Evander Kane has been playing well lately but might need to work on his ability to set an alarm in the morning. (Getty Images)

This week on the show Mike, Stich and Evan talked about the State of the Sabres rebuild, what the NBA trade deadline means for teams in 2016 and beyond and finished talking some college basketball as we prepare for March Madness.

END_OF_DOCUMENT_TOKEN_TO_BE_REPLACED 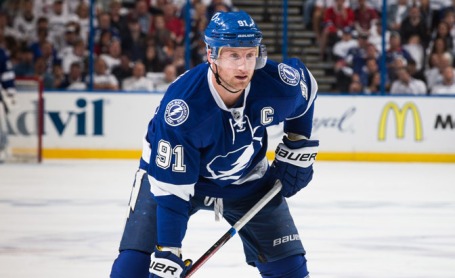 Steven Stamkos’ impending free agency has the NHL in a fervor. Sabres fans should embrace the fun. (Getty Images)

Last week, one of the most, if not the most, highly respected hockey journalists out there sent Sabres fans into a bit of a frenzy. When TSN’s Bob McKenzie said Buffalo could be the one of the best options for free agent-to-be Steven Stamkos, Sabres fans got very excited and understandably so. McKenzie has a reputation like no other, and even though the video clip that traveled around Twitter like wild fire was less of an official report and more of his opinion, his reputation in the hockey universe gave it a lot of weight. It’s been reported since the news of Stamkos’ disillusionment with the Tampa Bay organization that his ultimate goal would be to go to his hometown Maple Leafs, in a LeBron James-ish type maneuver, and lead them to championship glory. To hear that maybe the Sabres could be a monkey wrench in our rival’s plan made the McKenzie video clip that much more stirring. An opportunity to send the Sabres rebuild to light speed while slowing down the Leafs? Where do I sign up? I assumed this was a sentiment shared by most, if not all, of Sabres fans. END_OF_DOCUMENT_TOKEN_TO_BE_REPLACED 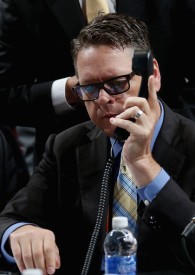 Sabres GM Tim Murray works the phones like no other. (Getty Images)

With the National Hockey League trade deadline approaching,  the Buffalo Sabres currently sit in a 6-way tie for last place with 47 points with 30 games left.  Sabres GM Tim Murray recently went on a local radio show in Buffalo to give his thoughts on the upcoming deadline “I believe in two weeks or so it’ll be pretty clear what we should do. I don’t have the answer. I’m leaning a certain way, but I’m gonna wait to see what our players and coaching staff do between now and then to show me exactly where we are.”    Buffalo will seem to be a seller once again come this year’s deadline on February 29th,  but here are 5 moves that Tim Murray can make over the next few weeks to help rebuild and guide the Sabres into the playoffs next year.

END_OF_DOCUMENT_TOKEN_TO_BE_REPLACED 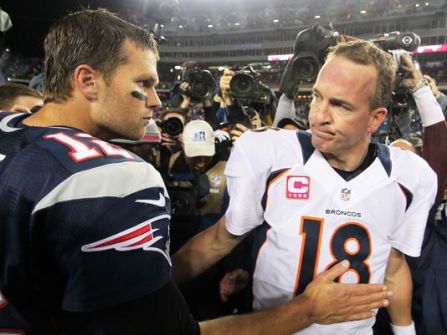 Brady and Manning will meet in the AFC Championship for perhaps the last time. (Getty Images)

Zack El-Sharif joins Evan and Stich this week filling in for Mike Tolsma. We start this week taking a break from the negativity of the Bills  season to celebrate the positive. Each of the guys shares their top 3 favorite moments of the Bills season. We then talk about the biggest needs for the Sabres right now and what direction this team should go in. We finish the show talking NFC and AFC Championship games, joined by HardFoulSports.com NFL writer Jim Bearor.

If you have an Android device and don’t want to use SoundCloud there are several apps on the Play Store that our show is available on. We recommend Podcast and Radio Addict. END_OF_DOCUMENT_TOKEN_TO_BE_REPLACED

Episode 36: Our Year in Review 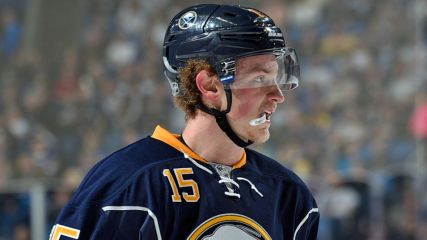 Jack Eichel was one of many big changes on the Buffalo sports landscape in 2015.

Our year in review podcast. 2015 was a crazy one for Buffalo sports and we each share our favorite moment of the year this week. Thanks for listening and checking out Hard Foul Sports in 2015 and we hope you come back for 2016!

If you have an Android device and don’t want to use SoundCloud there are several apps on the Play Store that our show is available on. We recommend Podcast and Radio Addict. END_OF_DOCUMENT_TOKEN_TO_BE_REPLACED 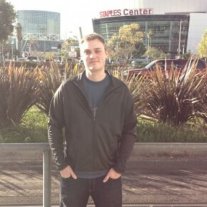 This week on the podcast Mike and Evan are joined again by Matthew Coller of WGR550 Sports Radio in Buffalo and ESPN. The guys had an in-depth conversation about Bills and Sabres at this stage of their respective seasons. The rumors surrounding Steven Stamkos and what we thought of the ESPN documentary of the Super Bowl era Bills are also discussed. We also ponder the unthinkable: could the Sabres actually move Eichel in a Stamkos trade? The interview starts about 10 minutes into the show, first half is about the Sabres and we finish up with Bills talk.

If you have an Android device and don’t want to use SoundCloud there are several apps on the Play Store that our show is available on. We recommend Podcast and Radio Addict. END_OF_DOCUMENT_TOKEN_TO_BE_REPLACED

Sabres: Coaches Challenges Are Taking Away From the Game 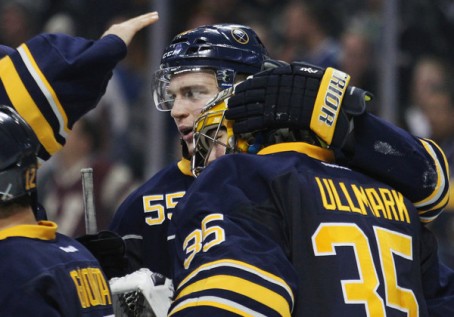 Risto has taken his game to another level this season. (Getty Images)

The only proper start for this write-up is an obligatory congratulations to Rasmus Ristolainen for his hat-trick recorded on December 10, 2015 against the Calgary Flames. A Buffalo blue-liner has not completed a hat-trick in over twenty years (Phil Housley 1987-88 season). Risto managed to notch all three goals in the short span of a single period of play (3rd).

The Sabres lost the game by a score of 3-4 after Sean Monahan was setup for the game-winner on a beautiful pass off of the stick of Johnny Gaudreau. It continues a trend of the Sabres losing to underperforming teams. That being said, Calgary deserves classification as a hot team, going 4-0-1 in their last five games and scoring over twenty goals total during that span. END_OF_DOCUMENT_TOKEN_TO_BE_REPLACED